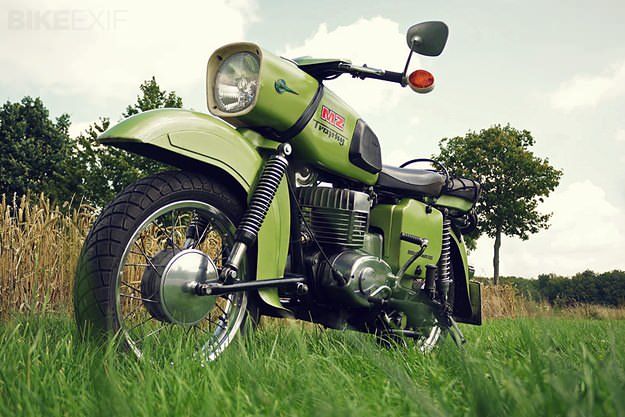 In the pantheon of oddball motorcycles, the MZ ES reigns supreme. Built in the former German Democratic Republic, it was nicknamed the “TV lamp” on account of the enormous square headlight.

Owner Martin Kersting cheerfully describes the styling of his daily rider as “awful”. But he’s lavished considerable care upon this oldtimer, restoring it and making a few subtle upgrades: a modern 12V ignition system, a new carburetor and military-style seating. 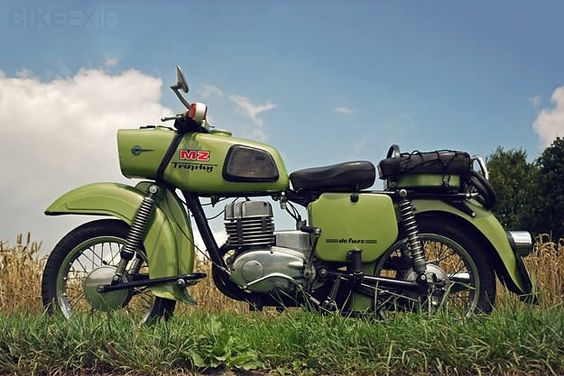 MZs are renowned for rusting away: very little plastic was used in their construction, and East German steel was not of the best quality in the 1960s and 1970s. 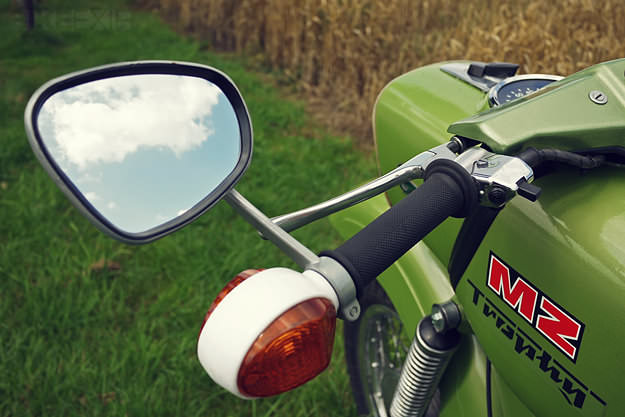 Over three years, Martin has returned the motorcycle to its former glory, and reports surprisingly good mileage—4.5 liters per 100 km, which is just over 50 miles per gallon. The MZ can reach 120 kph (75 mph) and “125 on a good, sunny day.” 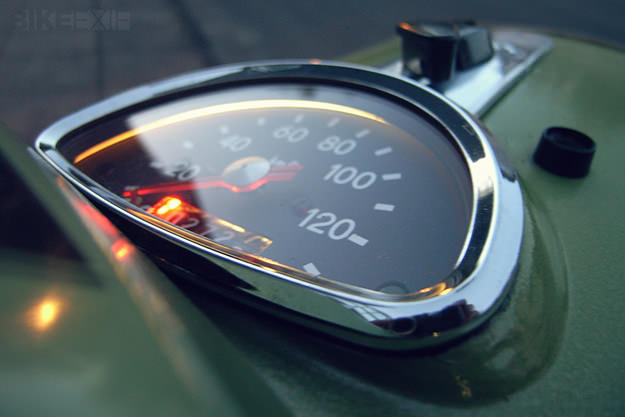 Not bad for a 43 year old two stroke with just 19 hp, and the looks are growing on me too. Now, if it just had some pipewrap and Firestone Deluxe tires … 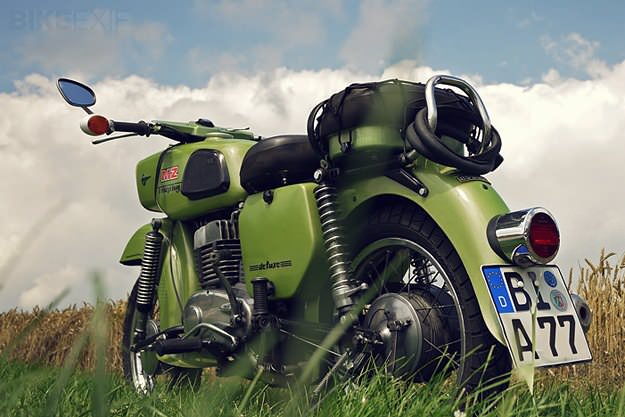 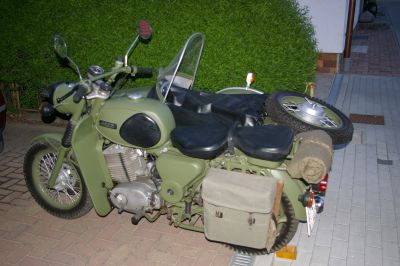 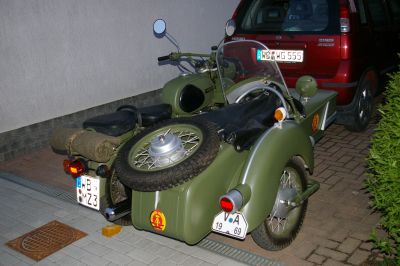